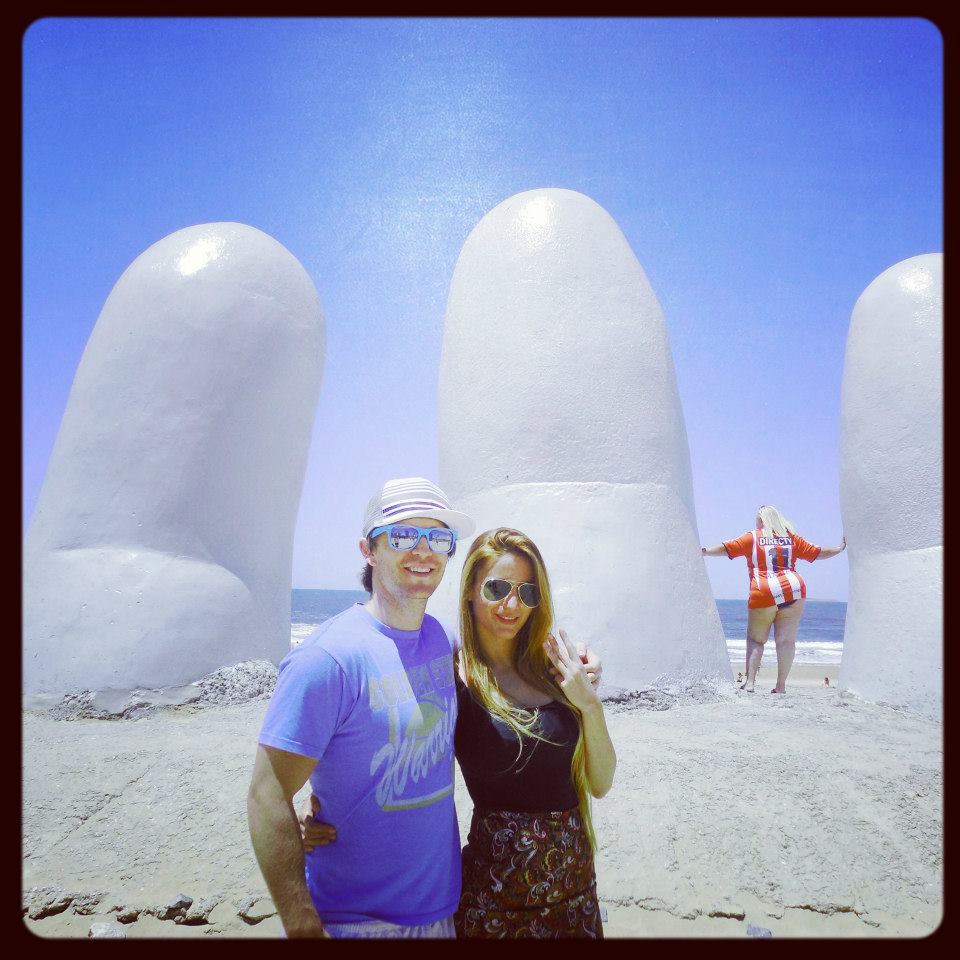 During the end of the year in Argentina I had some time off work to drink way to too much fernet and reflect on how the 2013 year went and think about what I want 2014 to look like.

Easily my biggest accomplishment was packing up shop and moving to Córdoba, Argentina. I spent the final 4 months of 2013 enveloped in Spanish, eating media lunas and asado, and drinking mate and fernet. Leaving the comfy life I had established in San Francisco was certainly a gamble but this life move is giving me an experience that I will never regret. Everything here has been a new and wonderful adventure from spending Christmas here, to living through city wide riots, and even mundane things like going to the supermarket or the gym.

Because of the move to Argentina my 2013 goal of becoming fluent in Spanish is happening almost out of pure necessity. I still put in work taking several weeks of Spanish lessons upon arrival and then continuing to study on my own. My ease of use and accuracy of the language is becoming better and better. As is my confidence.

I still make plenty of mistakes and I’m not fooling anyone here in Córdoba into thinking I’m a local however most conversations flow much easier for me now. I’ll still continue to study and learn the Spanish language in 2014 but I was very happy with the progress I made this year.

This year was lighter on travel then I would have liked. I made it to 3 different countries outside the US – Guatemala, Uruguay, and Argentina. Guatemala was the only new country for me on that list. I hope to do more traveling in 2014.

Part of the reason for the lack of international travel was the domestic travel I did while my girlfriend was living with me in San Francisco. Those trips include: Santa Cruz, Las Vegas, LA/San Diego, and New York.

In the middle of this year I started the Blog of Damon. I initially had a goal to hit 50 blog posts which I fell short of however getting the project going is something I’m proud of. I found that while I often struggle to find good writing topics I do really enjoy blogging and writing. I don’t have a goal of building this blog to thousands and thousands of readers as its more a personal outlet for myself. I like the freedom to write about anything my little heart desires. I like that the writing forces for me to be honest with myself because I know someone other than myself will read it. Even if that someone else is simply my parents, I’m still grateful for being accountable.

Because of this blog I’ve been able to connect with other expats living in Córdoba. A friend of mine that I met while traveling in Boracay, Philippines also stumbled across this blog while searching for Spanish schools in Córdoba which was another amazing benefit. In 2014 I’ll continue to blog and will strive to be a little more strict with myself in terms of continuing to post and write on a regular schedule.

Earlier in the year my girlfriend came to San Francisco to live with me for 3 months. It was her 2nd trip to San Francisco however this was our first time living together for an extended period of time. There were some bumps in the road but ultimately our relationship became much stronger. I was happy that she was able to see many different parts of my country including New York, my favorite US city outside of San Francisco.

I helped her setup a Spanish tutoring business (www.spanishwithpaola.com) which was quite successful considering that she had never even taught lessons before. In the end she had 2 clients each getting anywhere from 2-4 hours of lessons per week and each paying $25/hour. We never got any formal feedback from the clients however upon informing them that she was moving back to Argentina, the women teared up a little bit and the guy started researching ways to extend travel visas in the US. Her and I working on setting up a Spanish language school here in Córdoba that offers lessons to Americans via Skype. Looking forward to launching this in 2014.

Fitness remained a focus of mine in 2013 as I had a goal to get into the best shape of my life. My fitness level this year peaked during the summer months as I was riding my bike 9 miles/day to and from work, going to the gym 3 days per week, eating a slow carb diet, and taking supplements. I tried taking a photo to show the results but I realized there is no way to take a shirtless selfie without looking like a total douchebag.

The move to Argentina slightly through off my diet as there are just so many bread and sugary products that are a part of the normal diet here. I also refuse to turn down any food my girlfriend prepares or at any family/friend dinner. However I’ve gotten back into my normal gym habit and also found a group of friends to play basketball with once a week. So I hope to regain that peak form I had just a few months back.

My main lowlight of the year happened in January ensuring 2013 got off to a rotten start.

My grandmother passed away. She was an amazing woman who lived a great life and was really in a body that no longer served her. While I’m relatively inexperienced in having to deal with death I do have a fairly buddhist understanding of death. Those thoughts that can summarized by the following Daisaku Ikeda quote –

Cycles of life and death can be likened to the alternating periods of sleeping and wakefulness. We can understand death as a state in which, just as sleep prepares us for the next days activities, we rest and replenish ourselves for a new life. Viewed in this light, death is not to be reviled, but should be acknowledged with life, as a blessing to be appreciated.

So that’s my recap of 2013. I plan to spend some more time reflecting on 2014 shortly so be on the lookout for that.

Photo is my girlfriend and I getting hardcore photo bombed in Punta Del Este, Uruguay.